Is There Profit in Boredom? 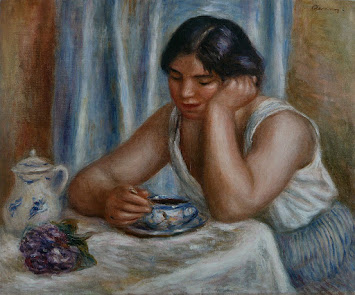 My father often said, "It is a sin to bore people."

He was an attorney who quickly tired of long-winded stories and explanations. He was a pastor who heard too many boring sermons. He also was an author who set aside boring books and articles.

The reader may have the impression that my father was arrogant, aloof, and overly critical. In fact, he was down-to-earth, enjoyed people, and was mostly critical of himself.

He loved adventure and traveled widely. I have a photo of him standing beside the diminutive figure of a head-hunting chief in the mountains of Luzon.

At age 16, to the distress of his mother, he hitchhiked from Portland Oregon to Portland Maine.

My father thought life is precious and too full of potential to be squandered in boredom.

During these months of Covid-19 isolation and restrictions, some are complaining of boredom. A young Isaac Newton did some of his best work while home at Woolsthrope during the Great Plague in London. He continued to work on mathematical problems he had begun at Cambridge; the papers he wrote on this became early calculus. He experimented with prisms. And outside his bedroom window there was an apple tree to ponder.

I wonder how my father would handle life during this pandemic. He died more than 20 years ago, but were he alive today I believe he would find even this tiresome situation exciting. Like Newton, he never lacked for imagination and energy.

The nearby Whittier hills were still relatively free of buildings and he explored them as often as possible. As a teen he made extra money harvesting lemons in a neighbor's citrus grove.

He rode a bike, hiked, helped around the house, and played fetch with his dog Toby. His family members were avid Scrabble players and he enjoyed the occasional victory against his formidable polyglot mother.

My father's family of origin was not wealthy. There were days when the meals consisted of bread, butter, and tea. Fortunately, his father had planted avocado trees in the backyard of their Whittier California home. The avocados provided sustenance as well as some productive labor.

While at times financially needy, boredom did not seem to be a problem in the Linsley family. That suggests that a link between boredom and economic injustice requires a deeper look. My father appreciated what he had. He was thankful for even scarce provisions.

Boredom is more complex than lack of resources. It involves multiple emotional and cognitive factors.

Philosophers tend to view boredom as an existential condition. Moral theologians have called it a sin (ennui or acedia), but for psychologists who study boredom the pandemic has been a boom. Researchers are conducting experiments to discover the potential benefits of boredom.

Wijnand A.P. van Tilburg, a psychologist and boredom scholar (University of Essex) considers it an emotion that is neither good nor bad. He wants to understand how it functions.

It seems apparent that for some people boredom is something to be overcome, not endured.

Related reading: Boredom and Injustice; Boredom During a Pandemic; Five Benefits of Boredom

Email ThisBlogThis!Share to TwitterShare to FacebookShare to Pinterest
Labels: Boredom