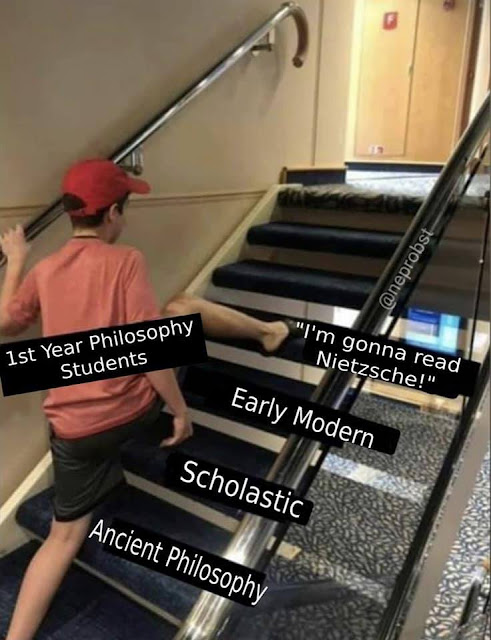 A way around this is to present philosophy by field: ontology, epistemology, logic, ethics, aesthetics, etc. and have the students discover what philosophers in the different ages have to say. I do this in the "Meeting of the Great Minds" forums with high school and college students. Students have to study a philosopher, gather quotes and biographical information about the philosopher, and in the forum stay in character as he or she interacts across the ages with other philosophers.

The meetings are great fun and a good way to review at the end of a unit.

Related: A New Batch of Philosophers

Posted by Alice C. Linsley at 3:28 AM No comments: 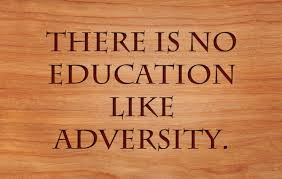 My years as a priest in The Episcopal Church taught me about diversity and adversity. I learned that diversity is a slogan that requires a great deal of window dressing, and adversity is a reality that tests and stretches one's faith in God's goodness.

Consider the diversity of the clergy delegation of the Diocese of Lexington (KY) to the 2010 General Convention.


Bob Sessum's parish experienced setbacks since the arrival of Stacy Sauls as the Bishop of the Diocese of Lexington in 2000. Bob lost some high rollers in the midst of a multi-million dollar building project. He went to Dromantine where he offered a lame justification to the Primates about The Episcopal Church's decision to consecrate Gene Robinson, the first partnered gay bishop.

My last contact with Bob was when I sat beside him at the funeral of one of his former parishioners who had been murdered by his son. The deceased and his family had left Bob's parish to help start St. Andrew's Anglican Church in Versailles (now an ACNA parish).

The ushers, readers, and priest were all from St. Andrew's Anglican Church, which I'm sure had to bite. Bob certainly didn't seem at ease that day. I'm betting that this is when he began contemplating early retirement.

After a lengthy search process, St. John's Episcopal Church in Versailles, Kentucky sought to call an Evangelical priest, David Brannen, who Bishop Sauls refused to admit, knowing that the priest would not align with the direction the bishop was taking the Diocese. This caused an uproar and Bishop Sauls disbanded St. John's vestry and took control of the church. A large number of the members of St. John's then left to form St. Andrew's Anglican Church. That congregation is situated in a lovely building a few miles from St. John's.

Another clergy delegate, Alan Sutherland, got himself into trouble at his parish in Winchester, Kentucky. After the equivalent of an ecclesiastical slap on the wrist, Alan was moved to the lovely historic parish of St John's in Versailles.

A member of St. John's reported that on the first Sunday Alan was present to celebrate the Eucharist there was such a stench of death in the church that the people could hardly tolerate being there. Apparently some creature had crawled into the undercroft and died. (This story reminds me of the cathedral belfry that was destroyed by lighting after the consecration of a certain apostate bishop in England.)

Morris Thompson was then the Dean of the Lexington Cathedral, the cathedral located just blocks from my former parish, St. Andrew's Episcopal Church, which was established by the rich cathedral members as a mission for their black servants. Morris crossed the threshold of my former parish exactly once. Bishop Sauls had invited him to attend the 125th anniversary of my parish since none of the clergy who had actually served there felt welcome to return for the festivities. (I had resigned on the Sunday Gene Robinson was consecrated and by then had managed to get myself inhibited. Morris Thompson was one of the parties who signed my letter of inhibition.)

I discovered later that the parishioners had been told that their former priests were sent written invitations, and they hoped some of them would be there to celebrate 125 years of ministry and worship on the corner of North Upper Street. This simply shows how unreliable the US postal service is.

The only clergy who attended the 125th anniversary were these delegates to General Convention. A strange coincidence!

Jan Dunnavant is a lovely lady who was tragically widowed about 16 years ago. She holds a D.Min. from Sewanee. Jan's congregation put forth a female deacon who served at my parish, St. Andrew's Episcopal Church. As it turned out the deacon was a lesbian.

Trouble was coming. I asked Bishop Sauls to consider moving the deacon to another parish (which was my prerogative as rector). The deacon had expressed interest in returning to her home parish where her recently widowed father worshiped. It seemed to me to be a reasonable, and mutually beneficial request. However, Sauls accused me of being a homophobe. Behind my back, he talked strategy with the deacon and my senior warden, and the next Sunday, after the liturgy, I faced an angry congregation, demanding that I explain why I was trying to get rid of their deacon.

I said that what they were asking about was confidential, contained in a letter to the bishop. In that confidential letter I had pleaded with Bishop Sauls to repent of departing from the Gospel ministry and sacred Church Tradition. For this I was accused of insubordination and the activists in the parish had more ammunition to launch against me.

A faithful saint named Elva Davis (may she rest in peace and rise in glory) suddenly walked to the front of the church where I was standing. She took a stand between me and the angry faces. She insisted that we all stop talking and start praying to know what God wants, but she was shamefully shouted down by a new comer to the parish, the same man who had screamed obscenities at me when I was teaching the adult Bible class a few Sundays earlier. He had to be physically restrained by one of the men, Vertner Taylor.

Since transparency is essential to build and rebuild trust, I agreed to have copies of the letter I sent to Bishop Sauls available the following Sunday, which I did. After all, it was no longer confidential.

Another clergy delegate was Johnnie Ross, the deployment officer for the Diocese of Lexington. He was the one who called to warn me that the Bishop would take action against me if I spoke to another American Anglican Council gathering. We chatted briefly on the phone, and we agreed that a priest has to do what the Lord requires. Johnnie reminded me that includes submission to one's bishop. I reminded him that as priests we have two bishops and the Lord Jesus' authority trumps that of all temporal authorities.

Obviously, the bishop and I held different understandings of what it means to uphold the Gospel and defend the flock from falsehood.

Johnnie acted as a spiritual mentor to one of the lay delegates from Lexington, an African-American activist, Austin Tuning. Austin was also a member of my parish, and a confidant of Bishop Sauls. He also was a lay delegate to General Convention.

So you see this delegation to General Convention represented a certain kind of diversity with an all white clergy delegation, one female, and two black lay delegates.

People are in favor of diversity as long as they are the ones defining it. Certainly all the delegates and alternates actively promoted the political ambitions of Bishop Sauls, who left the Diocese of Lexington in 2011 to serve Katharine Jefferts Schori, the first female Presiding Bishop of the Episcopal Church. 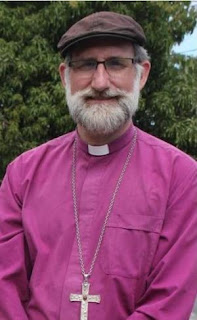 In June 2015, Michael Curry was elected Presiding Bishop of The Episcopal Church. He is an African-American with a pleasant smile and a gift for storytelling. He is effusive about LOVE and made the perfect homilist for the royal wedding.

Bishop Sauls days as the Chief Operating Officer of The Episcopal Church were drawing to a close. In December 2015, Michael Curry placed Stacy Sauls, Samuel McDonald, Alex Baumgarten, on administrative leave after allegations of misconduct.

Looking back, I shake my head at how diversity and adversity complicated life in Kentucky. I hope for better days for the people of the Diocese of Lexington. They haven't had an easy time. Douglas Hahn was elected Bishop of the Diocese on August 18, 2012. He lied about having an affair with a parishioner and when the lie was exposed he was removed from office.

The present bishop of the Diocese of Lexington is a white man who formerly served as Bishop of Niassa, Mozambique. Mark Van Koevering (shown right) was raised in the Christian Reformed Church. Now there's diversity for you, and may God bless him!

Posted by Alice C. Linsley at 5:23 PM No comments: