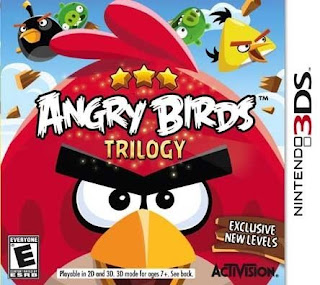 
It will be plain by now, from what has been said, (1) in what frame of mind, (2) with what persons, and (3) on what grounds people grow angry. (1) The frame of mind is that of one in which any pain is being felt. In that condition, a man is always aiming at something. Whether, then, another man opposes him either directly in any way, as by preventing him from drinking when he is thirsty, or indirectly, the act appears to him just the same; whether some one works against him, or fails to work with him, or otherwise vexes him while he is in this mood, he is equally angry in all these cases.

Hence people who are afflicted by sickness or poverty or love or thirst or any other unsatisfied desires are prone to anger and easily roused: especially against those who slight their present distress. Thus a sick man is angered by disregard of his illness, a poor man by disregard of his poverty, a man aging war by disregard of the war he is waging, a lover by disregard of his love, and so throughout, any other sort of slight being enough if special slights are wanting. Each man is predisposed, by the emotion now controlling him, to his own particular anger. Further, we are angered if we happen to be expecting a contrary result: for a quite unexpected evil is specially painful, just as the quite unexpected fulfilment of our wishes is specially pleasant. Hence it is plain what seasons, times, conditions, and periods of life tend to stir men easily to anger, and where and when this will happen; and it is plain that the more we are under these conditions the more easily we are stirred.


Does this explain the Angry Birds video game plot; if there is a plot? Christopher Hooton is hooting about this in his Independent column.


When a Quora user asked ‘What are the Angry Birds angry about and why are they so angry?’ this week, they probably weren’t expecting such a thorough answer.
The Angry Birds Movie directors Clay Kaytis and Fergal Reilly provided an answer, first giving a little detail on the plot of the video game adaptation that I for one still can’t believe is actually happening.

“The Birds as a community actually aren’t angry in the beginning,” they write. “They are comically naive, having lived their whole lives on Bird Island in peace, protected by the legendary Mighty Eagle, a hero no one has seen for decades. When the Pigs show up and steal the Birds’ eggs, there’s plenty to be angry about.”

The directors then tried to add a little more nuance to the Birds’ anger, linking them, surely for the first time ever, to the thought of Greek philosopher Aristotle.


I agree with Hooton that the creators of the Angry Birds video game deserve kudos for "for making the best use of their scant source material." That said, it isn't a stretch to link the birds' anger at the pigs for stealing their eggs with Aristotle's discourse on anger as a feeling of pain.