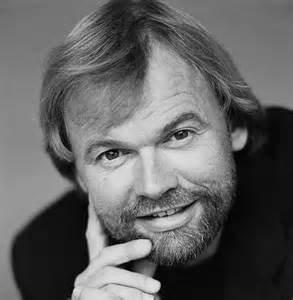 Jostein Gaarder is a Norwegian intellectual and author of several novels, short stories and children's books. Gaarder often writes from the perspective of children, exploring their sense of wonder about the world. He often utilizes metafiction in his works and constructs stories within stories. His best known work is the novel Sophie's World: A Novel About the History of Philosophy. It has been translated into 60 languages; there are over 40 million copies in print.


Sophie’s World in danger: Living as though everything centres on our time is just as naive as thinking the Earth is flat


Two decades ago, a history of philosophy by an unknown Norwegian teacher became a most unlikely phenomenon. But how has time changed the writer? And how might he change his book now, if he could? Jostein Gaarder takes up his own story.
He says:

It is strange to look back after only 20 years and realise that Sophie’s World doesn’t really address this question. The reason may be that over the course of these 20 years we have gained an entirely new awareness of climate change and the importance of biological diversity.

An all-important principle in the study of ethics has been the golden rule, otherwise known as the reciprocity principle: do to others what you would like them to do to you. Over time, we have learnt to apply this rule more widely. In the Sixties and Seventies, people came to realise that the reciprocity principle must apply across national borders, both to the north and to the south.

But the golden rule can no longer just apply across space. We have begun to realise that the reciprocity principle applies across time, too: do to the next generation what you would like them to have done to you, had they lived on the planet before us.

Read it all here: Sophie's World in Danger
Posted by Alice C. Linsley at 8:53 AM