Why Logic Should be Taught in Schools 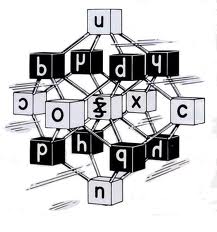 Alice C. Linsley
Philosophers think critically about questions that matter. In doing so, they serve an important role in society. They challenge us to reason well and to consider what questions ultimately matter. Unfortunately, the work of philosophers rarely filters down from the ivory towers of Academia to the schools where students most need to learn to think critically, to argue logically, and to openly discuss what matters.

Critical thinking skills are so lacking in the USA that many colleges and universities have found it necessary to require instruction in Critical Thinking. I taught such a course for several years at a local women's college and apart from the tendency of the course designers to indoctrinate in political correctness, it was a helpful course. That said, I believe that a course in basic logic and reading comprehension would have been more beneficial to the students.

Here is a conversation that I had recently with two young women at Open Anthropology Cooperative. They were responding to my essay Today's Savage Mind, which the blog owner had chosen to highlight. They never address the substance of the essay, but instead argue fallaciously. This serves to illustrate the lack of skill in logical argumentation. Ironically, these young woman also illustrate "today's savage mind."

Comment by Francine Barone 16 hours ago
Alice,
Links to your blog have no place here. You consistently push creationist dogma, not to mention disgraceful and offensive homophobia. Just in case anyone missed it, here are a few examples of the bullshit I copied off of your blog.

That being so, firsthand experience of the binary oppositions should inform us as to the true nature of reality. But here technology intrudes. Though computers represent binary language, most students have no conception of this. They use computers for entertainment and social networking. Their world has become virtual, not real. In their world the patterns are distorted. Man and woman is meaningless in their androgynous world.Homosex is a sexual preference like chocolate or strawberry ice cream. The very binary distinctions that enable us to dig deep into the meaning of things are blurred beyond recognition or entirely lost. The result is not only a loss of knowledge, but also a loss of empirical method.

The culture of these students is Evangelical Protestantism and they attend a Christian school where Astronomy and Geology are not taught because the school is committed to Young Earth Creationism. I wasn't concerned about their scientific knowledge as much as whether or not they were thinking about what the Bible reveals and the context of the Biblical writers.

I'm tempted to ban you from the site, but public disgrace will have to do for now instead, not that you need any help. This is a site for sharing anthropological knowledge, not dogma, and certainly not prejudice. Please keep that in mind.

I am not a Young Earth Creationist.

Why are you copying from my blog if you find this so offensive?

The binary sets of which I am speaking in the quote on marriage have to do with logic, not naive logic, nor formal, but structural, as explored by Levi-Strauss and Jacques Derrida.
I see you are not very tolerant of view different from your own.

Comment by M Izabel 1 hour ago
This is not to put you down, Alice. Just expressing what I observed. I stopped reading you a long time ago when I realized you treated the Bible as an untainted text and first-hand evidence. We all know how oral history/story is passed on, distorted, exaggerated, toned down. The fact that there are other gospels not in the Bible (excluded because they don't fit to the christian narrative), it is not really a good source for the objective construction of anthropological knowledge.

Comment by Alice C. Linsley 51 minutes ago
I don't take criticism about my research personally, M. However, I do question statements that claim universality such as this: "We all know how oral history/story is passed on, distorted, exaggerated, toned down."

This merely shows that you do not know what is being said in the field of Biblical Anthropology.

Did you try this game called message relay in girl scouting? That's the proof. I think I'm more subtle by calling it oral history/story. Einstein considered the Bible a collection of primitive, childish legends.

Let me preempt your reason that the writing of the gospels was through divine vision, inspiration, and revelation as if God dictated them to the evangelists.

"If you talk to God, you are praying. If God talks to you, you have schizophrenia."

Comment by Alice C. Linsley 28 minutes ago
"Science without religion is lame, religion without science is blind." --Albert Einstein, "Science, Philosophy and Religion: a Symposium", 1941

Comment by M Izabel 10 minutes ago
Christians just love misrepresenting Einstein's remark to support their fundamentalist agenda. I, too, believe what Einstein said about science and religion . It is in religion where one can learn ethics and morality. Science without ethics and morality is not only lame or blind but destructive.

A direct quote is not a misrepresentation.

Comment by M Izabel 14 minutes ago
Please read Einstein's writings and remarks about religion that are obviously godless--the absence of the anthromorphic God who is the center of christian belief.

Here's where you took that quotation from. Stop being selective. I understand selective interpretation is a method in your Biblical anthropology because you are out to prove the historicity of the Bible, but please don't peddle christian fundamentalism as anthropological knowledge.

Conversation on Religion and Antisemitism

See Bucky and Weakland pp. 85 - 87. This book contains the record of various conversations between Bucky and Einstein over a thirty year period.
BUCKY:


It's ironic that your name has been synonymous with science in the twentieth century, and yet there has always been a lot of controversy surrounding you in relation to religious questions. How do you account for this unusual circumstance, since science and religion are usually thought to be at odds?


Well, I do not think that it is necessarily the case that science and religion are natural opposites. In fact, I think that there is a very close connection between the two. Further, I think that science without religion is lame and, conversely, that religion without science is blind. Both are important and should work hand-in-hand. It seems to me that whoever doesn't wonder about the truth in religion and in science might as well be dead.


So then, you consider yourself to be a religious man?


I believe in mystery and, frankly, I sometimes face this mystery with great fear. In other words, I think that there are many things in the universe that we cannot perceive or penetrate and that also we experience some of the most beautiful things in life in only a very primitive form. Only in relation to these mysteries do I consider myself to be a religious man. But I sense these things deeply. What I cannot understand is how there could possibly be a God who would reward or punish his subjects or who could induce us to develop our will in our daily life.


You don't believe in God, then?


Ah, this is what I mean about religion and science going hand-in-hand! Each has a place, but each must be relegated to its sphere. Let's assume that we are dealing with a theoretical physicist or scientist who is very well-acquainted with the different laws of the universe, such as how the planets orbit the sun and how the satellites in turn orbit around their respective planets. Now, this man who has studied and understands these different laws-how could he possibly believe in one God who would be capable of disturbing the paths of these great orbiting masses?
No, the natural laws of science have not only been worked out theoretically but have been proven also in practice. I cannot then believe in this concept of an anthropomorphic God who has the powers of interfering with these natural laws. As I said before, the most beautiful and most profound religious emotion that we can experience is the sensation of the mystical. And this mysticality is the power of all true science. If there is any such concept as a God, it is a subtle spirit, not an image of a man that so many have fixed in their minds. In essence, my religion consists of a humble admiration for this illimitable superior spirit that reveals itself in the slight details that we are able to perceive with our frail and feeble minds .


Do you think perhaps that most people need religion to keep them in check, so to speak?


No, clearly not. I do not believe that a man should be restrained in his daily actions by being afraid of punishment after death or that he should do things only because in this way he will be rewarded after he dies. This does not make sense. The proper guidance during the life of a man should be the weight that he puts upon ethics and the amount of consideration that he has for others. Education has a great role to play in this respect. Religion should have nothing to do with a fear of living or a fear of death, but should instead be a striving after rational knowledge.

Comment by M Izabel 2 minutes ago
*I understand selective reading and interpretation is a method in your Biblical anthropology because you are out to prove the historicity of the Bible, but please don't peddle christian fundamentalism as anthropological knowledge.

Comment by Alice C. Linsley 1 minute ago
M,
Again, you fail to understand the nature of Biblical Anthropology. You assume that a scientist using the Bible to gather data about the ancient world is a fundamentalist. This is grossly illogical.

I believe that M Izabel responded to my last comment, but I don't know what was said. My friend Bob commented: