A Popular Fallacy to Suppress Dissent 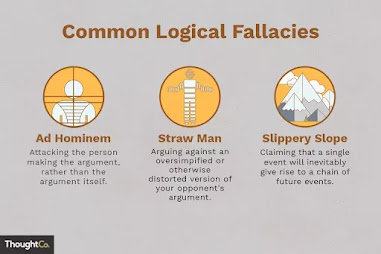 While the Leave It fallacy can be seen as a type of Ad Hominem because it involves rejecting a person’s claim based on an irrelevant attack on the person, it has two distinguishing features.

First, the person is attacked because they are being critical of something. This attack often involves asserting the critic is motivated by a secret association or agreement with a disliked group. Second, rather than refuting the criticism, the attacker only tells the target to “leave.” There is, however, the implied conclusion that the person told to leave is thus wrong in their criticism. The fallacy has the following general form:
Premise 1. Person A makes critical claim X about Y.

Premise 2. Person B attacks A (usually for an alleged association/agreement with a disliked group G) and says that if A does not like X about Y, then they should leave Y (usually for G).

This argument is a fallacy because attacking a person and telling them to leave does not prove their criticism is false. The fallacy draws much of its psychological power from the cognitive bias of groupthink and ingroup bias. Groupthink is the tendency to try to minimize conflict and form a consensus by suppressing dissent and avoiding outside influences. Ingroup bias is the tendency to see one’s own group as superior and outsiders as inferior. Someone who is critical of a group can easily be presented as a threat and people in that group can be motivated to reject that criticism out of anger and dislike. These biases do not, of course, have any logical weight.
Care should be taken to not confuse the Leave It fallacy with the False Dilemma “love it or leave it.” The idea in this False Dilemma is that one has just two options: to love something (typically a country) utterly and never criticize it or leave it. There are obviously many other options. The difference between the two is that the Leave It fallacy involves using an attack on the person to “argue” that their criticism is false while the False Dilemma “love it or leave it” is intended to silence criticism by wrongly asserting that one has only the two choices. It can often be hard to distinguish the two because people often combine them and those attempting these fallacies often do not know what they are doing themselves.
Defense: The defense against this fallacy is to try to reason through any negative feelings one might have and ask if any relevant refutation of the criticism has been offered. If it has not, then the “argument” gives no reason to reject that criticism. This does not mean that the criticism is therefore true—it just means the fallacy does not provide any reason to reject it.
Example #1

“These woke liberals claim that America still has systematic racism. But their brains have been corrupted by the foreign philosophies of the Frankfurt School and Cultural Marxism. If they hate America so much, they should just leave!”

“These conservatives claim that America has Marxist elements. But their brains have been corrupted by the foreign philosophies of fascism and Nazism. If they hate America so much, they should just leave!”
Posted by Alice C. Linsley at 9:32 AM

Email ThisBlogThis!Share to TwitterShare to FacebookShare to Pinterest
Labels: fallacies