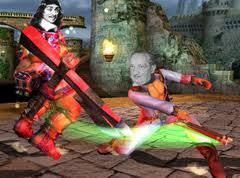 Descartes and Heidegger fight it out

Justin Wienberg explores the potential of computers to do philosophy. His article was prompted by an article in Nature about the work of Noam Slonim (IBM), Yonatan Bilu (KI Institute), and Ranit Aharonov (IBM) to develop Project Debater, an autonomous computer system, that can argue with and debate humans as well the progress made with the language and communication skills of artifical intelligence, as demonstrated by GPT-3.

As I tell my students, philosophy isn’t debate (the former is oriented towards understanding, the latter towards winning). But some of the work that goes into debate is similar to the work that goes into philosophy. What’s provocative about Project Debater, GPT-3, and related developments to me is that it suggests the near-term possibility of computing technology and language models semi-autonomously mapping out, in natural language, the assumptions and implications of arguments and their component parts.

One way to understand the body of knowledge philosophy generates is as a map of the unknown, or set of maps. Philosophical questions are points on the maps. So are premises, assumptions, principles, and theories. The “roads” on the maps are the arguments, implications, and inferences between these points, covering the ground of necessity and possiblity.

Individual philosophical works that pose questions, develop arguments, justify premises, and explore the implications of positions make small maps of small bits of the vast terrain of the unknown, and often provide “directions” to others about how to navigate it."

Justin wonders "What should we be doing now in regard to the development of such technology, or in regard to other prospects for the integration of computing into philosophy?"
Read the full article here.
Related reading: “Computational Philosophy” at the Stanford Encyclopedia of Philosophy; Does Philosophy Have Value?; Ontology and the Philosophical Project
Posted by Alice C. Linsley at 1:44 PM