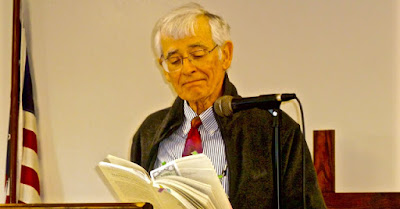 Chris Marchand recorded an interview with Brooks McDaniel, a professor of philosophy and religion, now retired from Illinois Central College. McDaniel is also an ordained minister in the Presbyterian church (PCUSA) and a writer and poet.

Marchand studied World Religions with McDaniel. Brooks McDaniel is a Tillichian liberal Protestant and Marchand is an orthodox Anglican. In this podcast Marchand and McDaniel talk about faith, spiritual experiences, and what McDaniel would like written in his obituary.