Paul Griffith said what many of us are thinking 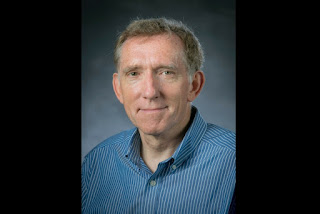 Courtesy of Duke Photography
Originally from England, Paul Griffiths, the Warren professor of Catholic theology, came to Duke in 2008.


It’ll be, I predict with confidence, intellectually flaccid: there’ll be bromides, clichés, and amen-corner rah-rahs in plenty. When (if) it gets beyond that, its illiberal roots and totalitarian tendencies will show.

He was promptly accused, in response, of “racism, sexism, and other forms of bigotry.” Yet in the entire correspondence, which he recently published, he says nothing that could reasonably be construed that way. It also came out that he had been subject to a kangaroo court for months over his objections to the meetings. Dr Griffiths resigned yesterday. A recent graduate wrote in response to the news:

In a discussion about the racist incidents with some other Div School students, I said that perhaps the way we were responding to the incidents was hurting rather than helping, because after every incident the black students would make public announcements about how hurt and afraid and rejected they felt, and then everyone would hatch plans to re-educate the whole university on issues of racism. I suggested that instead perhaps we should respond to the perpetrators like we would a bully, with strength and confidence and even defiance, to show them they didn’t have power over anyone. You would have thought I had suggested we start a chapter of the KKK. They made it clear I was a horrible person in denial of the harsh realities of racism for suggesting such a thing, and I learned to keep my mouth shut.


This is a clear example but not the only one. Rule by authoritarian mobs with a vested interest in promoting intergroup conflict is morphing into our future as a society.

Meanwhile, academics are popping up everywhere to advance ideas like those of Australian philosopher Robert Simpson: “However, once we extrapolate beyond the clear-cut cases, the question of what counts as free speech gets rather tricky,” so “I’d propose a third way: put free ‘speech’ as such to one side, and replace it with a series of more narrowly targeted expressive liberties.” He cites Canada as a good example but Canada has just enacted a law against Islamophobia, a law whose implications are engendering increasing alarm. Dr Simpson's article is a sound reason to believe that we should stick to opting for free speech in all but the most “clear-cut cases.

Last week, we looked at some ways in which the war on freedom is rotting our intellectual life: In a world governed by naturalism, power is its own justification and it need not be exercised in a rational way. Many of the controversies and contentions that surround us are easier to sort out if we keep that in mind. For example, let's revisit some earlier themes, to see the shape of what’s to come in more detail:

Read it all here and here.

Email ThisBlogThis!Share to TwitterShare to FacebookShare to Pinterest
Labels: academia, freedom of thought