Philosophy should be taught in American High Schools. It is a required subject in many European countries for this age group, and rightly so. It develops critical thinking skills, helps students develop a moral operating system, and allows for the integration of knowledge that only metaphysical conversation can do. Of course, all metaphysical conversation became verboten when John Dewey's adulterated pragmatism was ushered onto the American educational scene.

A recent article posted at intellectualtakeout.org reminds us that Philosophy was once an important part of the Amercan curriculum. Here is an excerpt: 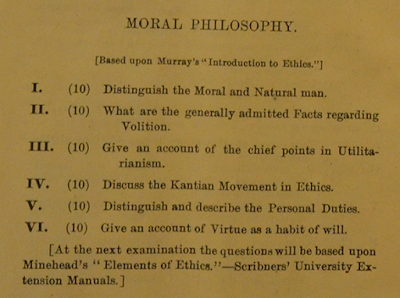 In the U.S., it’s commonly believed that philosophy is too complex for high school students.

But in the history of the West, that’s actually a fairly recent notion, and not one universally held.

In ancient Greece, the specialized study of philosophy at a school like the famed Platonic Academy would not begin until about the age of 18. However, students in secondary school would learn logic and undertake a detailed study of poets like Homer and Hesiod with heavy philosophical tendencies in their works.

In the Middle Ages, students at Oxford would enter at the age of 14 or 15 and would begin a course of studies in the trivium – grammar, rhetoric, and dialectic – the latter of which included philosophy and, according to Robert Rait, “was the real interest of the medieval student.” 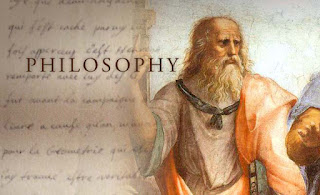 This Quick History of Philosophy will be helpful to students. Flesh it out by reading the following articles:

Ethical Concerns of the Middle Ages

Ethical Concerns of the Renaissance

Ethical Concerns of the Enlightenment

Ethics of the Post-Modern Era


Related reading: The Story of Ontology; The Shaping of 20th Century Ethics; Crash Course on Phenomenology

Posted by Alice C. Linsley at 3:26 PM No comments: