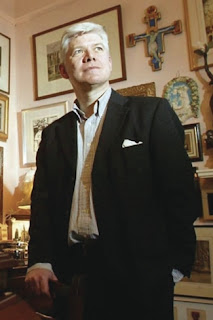 As one of the world’s leading Roman Catholic philosophers, John Haldane might seem an unlikely addition to the faculty of Baylor University, a Baptist-affiliated institution in Waco, Tex.

In the fall Mr. Haldane, an adviser to popes and a frequent print and broadcast commentator on social issues in Britain, became the first holder of the J. Newton Rayzor Sr. Distinguished Chair in Philosophy at Baylor.

He professes to be undaunted, saying he values Baylor as an exception to a "secularization, or desacralization" of American religious universities, and as an institution that, nonetheless, "is quite open and wants to be part of a larger conversation about the future of higher education."

Mr. Haldane has crossed doctrinal borders before. When he began teaching at the University of St Andrews, in Scotland, more than 30 years ago, the Jesuit-educated scholar, whose paternal grandfather was an anti-Catholic Presbyterian, became the country’s first declared Catholic professor of philosophy since the Reformation.

Mr. Haldane became known for pioneering the school of Analytical Thomism, which applies philosophical analysis to the works of St. Thomas Aquinas, a pivotal 13th-century thinker.