When a Fundamentalist Finds Philosophy 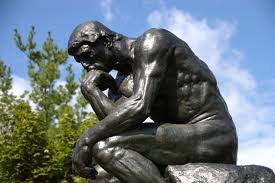 I was rummaging through some stacks of stuff in the garage today sorting through items that needed to be recycled, discarded, and saved. I found an old, dust-covered briefcase that I used as a student, locked tight with long-forgotten combinations on the clasps. After trying various three-digit combinations that might have meant something to me back then, I gave up and grabbed the biggest screwdriver I could find and pried the locks loose. Among some dried up pens, an old notebook, and some tissues, I found a purple Pee-Chee with two dozen or so papers—obviously important since they were set aside from the reams of notes I have in an old metal filing cabinet at the rear of the garage. In back of the handwritten notes on epistemology and the dot matrix printout of reference materials I grabbed from the library, I found a single page on which I had written some lines in red ink. It’s dated June 1995 which makes it just a touch over 20 years old almost to the day.

In June 1995 I was scouting graduate schools with the goal of studying philosophy. I had grown up a Christian fundamentalist who generally had the world figured out by the time I was a teen and had my eyes firmly set on full time ministry. I took a required intro to philosophy class during my senior year at an ultra-conservative Baptist college by a professor who was not so conservative (and not so Baptist it turns out). I would never be the same. For the first time in my college experience, I had found myself with questions. Real questions, not the kind you’re taught to ask knowing you already have the answer. And there was something else. For the first time in my life, a small seed of doubt had been planted. I found myself with the terrifying consideration that some items in my worldview may not have been as iron-clad and irresistibly true as I had been led to believe they were. That seed flowered and by the end of the summer I had, for the first time, started reading to try to discover the truth rather than to reaffirm it.

Three years later, my worldview was in shambles and I knew I needed more training. Graduate school seemed like the best option and I headed to southern California to check out the program at Biola University. I stayed at a friends house not knowing who I was or where I was headed. I was alone and contemplative, one foot in the warm, comfortable old world and one out in the frigid unknown. Thoughts flooded into my head in that quiet room on that hot summer June evening and I jotted down these words.

At the top of the page, I simply wrote,

Look inside, outside, through pages of endless thought
endless mind in weary, dreary droll.

A slight glimpse a shadow vague—a stick, a nail
a jury-rigged edifice growing on the knoll.

Take, steal, beg, borrow desperately humbled
to light (or dark) not quite my own.

But shoulders are strong and tall enough
to bring heaven closer, nearer (not alone).

Secluded so it seems. A bubble impenetrable or only slightly visible.
A flame to few.

Half moon—silly half as many see it. Intelligence and genius reign
for those outside the pew.

Taste it. Good? You know it now. Ghosts haunt my mansion.
You live in an exorcised house.

Empty though it is, free, loose, explode! What’s beyond? Look!
The heres and nows.

It squiggles and squirms. Can you catch it?
Not for all the stacks filled with sages.

Posted by Alice C. Linsley at 8:06 AM No comments:

The Philosophical Basis of Science


Go back far enough in history and you’ll find the point where science emerged from philosophy. Indeed for most of history, science was known as natural philosophy.

As Mark Vernon writes in his delightful new book, The Idler Guide to Ancient Philosophy:

The presocratic philosophers were those individuals who began to ask the kind of questions that cause a certain distance to open between the individual and the world in which they had felt immersed. They began to create a mentality that feels more familiar to us, one that planted the seeds of the modern. We know one of those queries left by Anaxamines of Miletus, one of the earliest philosophers of the sixth century (B.C.E.) He thought to blow on his hand in two ways. First with his mouth wide open. Then, with his lips pursed. He noticed a difference. Try it.

When blowing with his mouth wide open, Anaxamines found that his breath felt warm. With his lips pursed, it felt cold on his hand. And then he thought to ask why.

That small question, Vernon writes, represents a massive leap of mind. “It wonders if the difference might have a physical reason, a proto-scientific explanation. We now describe the effect as a result of Boyle’s law.”
Read it all here.


Mark Vernon is a former Anglican Church priest. His Idler Guide to Ancient Philosophy grew out of lectures he delivered at the New Academy based in Notting Hill, London.

Email ThisBlogThis!Share to TwitterShare to FacebookShare to Pinterest
Labels: philosophy and science

Chinese Philosophy in the Western Classroom 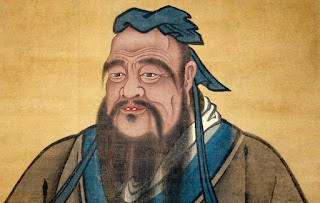 Philosophy professors in the United States have all heard of Confucius and the Daoist Laozi. Many have also heard of their approximate contemporaries in ancient China: the later Confucians Mencius and Xunzi; the easygoing skeptic Zhuangzi; Mozi, the advocate of impartial concern for everyone; and Han Feizi, the authoritarian legalist. But most of us have not read their works.

As a result, most U.S. university students are not exposed to Chinese thinkers in their philosophy classes. Looking at the course catalogs of three major universities in Los Angeles — UCLA, USC and Cal State L.A. — I find 23 philosophy department course listings that mention ancient Greek philosophy or specific ancient Greek philosophers such as Plato or Aristotle. Four such classes are on the fall 2015 course schedule. In contrast, neither USC nor Cal State L.A. has a single philosophy catalog listing that mentions ancient China or a specific ancient Chinese philosopher. UCLA has one listing — for a class that was last taught in 2009.

Our neglect of ancient Chinese philosophers in U.S. philosophy departments is partly a remnant of our European colonial past. But is it justifiable on academic grounds? 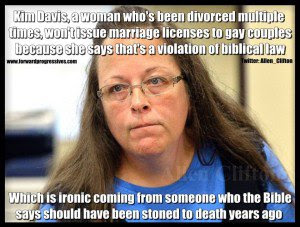 What follows is an excerpt from a piece written by a philosopher who is less concerned about the question of homosex than about fallacious reasoning on the part of so-called "Progressives."


Kim Davis, a county clerk in Kentucky, has been the focus of national media because of her refusal to issue marriage licenses to same-sex couples. As this is being written, Davis has been sent to jail for disobeying a court order.

As should be expected, opponents of same-sex marriage have tended to focus on the claim that Davis’ religious liberty is being violated. As should also be expected, her critics sought and found evidence of what seems to be her hypocrisy: Davis has been divorced three times and is on her fourth marriage. Some bloggers, eager to attack her, have claimed that she is guilty of adultery. These attacks can be relevant to certain issues, but they are also irrelevant in important ways. It is certainly worth sorting between the relevant and the irrelevant.

If the issue at hand is whether or not Davis is consistent in her professed religious values, then her actions are clearly relevant.

In the ancient world, she would have been stoned to death by these people. That way everyone was seen to be in agreement about her guilt and nobody could be identified as her killer. Progressives are not progressive when it comes to breaking ranks.

As G.K. Chesterton wrote, "He is only a very shallow critic who cannot see an eternal rebel in the heart of the Conservative." (Varied Types, 1903)