Here is a good presentation on Phenomenology. 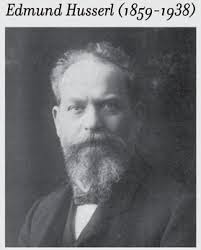 Phenomenology is the philosophical study of the structures of experience and consciousness. This movement was founded by Edmund Husserl who lived as long life and influenced many thinkers. His work on intentionality and directedness was later expanded upon by a circle of his followers at the universities of Göttingen and Munich in Germany, and in the mid-20th century some significant essays expounding phenomenology were brought together in a volume edited by Hubert L. Dreyfus.

Phenomenology, in Husserl's conception, is primarily concerned with the systematic reflection on and study of the structures of consciousness and the phenomena that appear in acts of consciousness. This ontology can be clearly differentiated from the Cartesian method of analysis which sees the world as objects, sets of objects, and objects acting and reacting upon one another (extension).

Husserl's conception of the directed conscious and of intentionality as the “fundamental property of consciousness” has been are great influence on the thought of Edith Stein, Martin Heidegger, Max Scheler, Nicolai Hartmann, Maurice Merleau-Ponty, and Jean-Paul Sartre.

Martin Heidegger questioned Husserl's conception of directedness. He didn't deny that the human performs consciously directed action, but he pointed out that much of what we do in our daily lives does not involve directedness or contemplation of intentional content. When I open a door, for example, I do not stop to contemplate that I must turn the door knob. I do this without consciously directing my thought to the knob or to the action. Heidegger calls this "ready-to-hand" know-how, a level of coping with our ordinary everyday life that does not require directed consciousness.