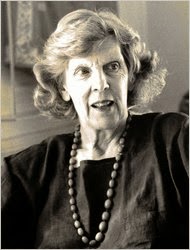 Phillipa Foot (1920-2010) is remarkable for her work in analytic philosophy, virtue ethics, moral naturalism or moral realism, and for her thought experiment known as the trolley problem.

Moral naturalism is a form of cognitivism and pertains to analytic philosophy. Analytic philosophy dominated the philosophical project in the English-speaking world for most of the 20th century. The focus was close analysis of propositions and terms and the concepts and implications attached to or inherent in them. Analytical philosophers want to know what is being said when we state or assert something as true or real.

Foot was an early exponent of moral naturalism, the view that there are true moral propositions and that values cannot be wholly separated from facts. Moral naturalism claims that:

In a key article, Moral Arguments (1958), Foot challenged moral relativism, suggesting that anyone who uses moral terms such as bad/good, moral/immoral must also abide by certain agreed rules for their use. Someone who fails to accept the rules should not take part in the discussion because “to abjure altogether the use of moral terms” is to muddy the philosophical waters.

She opposed utilitarian ethics in her article "The Problem of Abortion and the Doctrine of the Double Effect" (originally appeared in the Oxford Review, Number 5, 1967). In this work she posed the Trolley Problem as a way to determine whether our judgments are utilitarian. For the utilitarian, the only morally significant factor is the number of lives saved. One is sacrificed that four might live. The Utilitarian will argue that logically id two acts have the same consequences, they should be right or wrong together, even when different means are employed to get those consequences. However, Foot argues that the same factor cannot be the determinant for moral action in all like situations with like consequences.

Foot finally put her thoughts together in a book titled Natural Goodness (2001) at age 80. Before that her writings included numerous papers and the collection Virtues and Vices (1978).

Foot's treatment of euthanasia is still debated among medical ethicists.

While living in England, Foot had lively conversations with another British philosopher Elizabeth Anscombe. Both women were delving into questions of moral philosophy. Anscombe was influenced more by Aristotle whereas Foot was influenced more by Plato. Foot believed that wisdom does not depend on social status, political power, or intellectual power; that the human can be wise if there is the desire to be wise. She sees the will as free to pursue Truth, Goodness and Virtue in the Platonic sense. For Foot, Plato's allegory of the cave is an accurate depiction of the human condition.

In 1957 Foot wrote an article entitled "Free Will As Involving Determinism." She criticized arguments that free will requires determinism and the idea that one could not be held responsible for "chance" actions chosen for no particular reason. Her article begins with this observation:

The idea that free will can be reconciled with the strictest determinism is now very widely accepted. To say that a man acted freely is, it is often suggested, to say that he was not constrained, or that he could have done otherwise if he had chosen, or something else of that kind; and since these things could be true even if his action was determined it seems that there could be room for free will even within a universe completely subject to causal laws. (The Philosophical Review, vol LXVI, (1957), p.439)

Foot's assessment of the widespread linkage of determinism and freewill is correct, but the field of Physics suggests that we are dealing with something mysterious. Anscombe addressed this in her inaugural lecture at Cambridge. She wrote:

It has taken the inventions of indeterministic physics to shake the rather common dogmatic conviction that determinism is a presupposition or perhaps a conclusion, of scientific knowledge. Not that that conviction has been very much shaken even so...I find deterministic assumptions more common now among people at large, and among philosophers, than when I was an undergraduate. (Causality and Determination, 1971, p.28)

From the 1940s Foot had been an earnest supporter of Oxfam, beginning as a volunteer sorting clothes, and later sitting on numerous Oxfam committees.