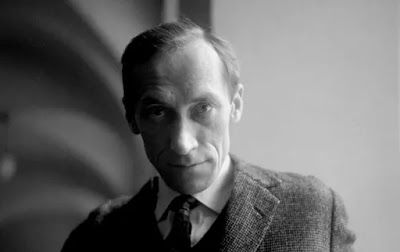 
It takes at least a decade for the life's work of a 20th century philosopher to come out of the shadows. That is true for the Polish philosopher and historian, Leszek Kolakowski (1927-2009). Kolakowski began is career as a Marxist and later became a vocal supporter of Pope John Paul II.

Kolakowski produced a wide range of work in five languages, communicating well in German, French and English, as well as Polish.

He produced seminal critical analyses on Marxism and religion. He understood the true nature of Marxism in practice, having joined the Communist Polish Workers' party as a teenager. During the Stalin era he become one of Communism's most distinguished teachers.

Twenty-three years later, in the spring of 1968, he began to speak critically of the ossified Marxist ideology. He was forced to leave the Party. This coincided with a rise in anti-Zionist sentiments and Kolakowski's wife was Jewish. The Kolakowskis were glad to leave Poland for Canada where Leszek took a teaching position at McGill University in Montreal.

After a year at McGill (1968-69) he went to the University of California where he often confronted student radicals, some of whom revealed ignorance about orthodox Marxism. Kolakowski told the newspaper columnist Zbigniew Mentzel that all the people he met considered themselves Marxists, although their knowledge of Marx was often scant. Students fancied themselves the most oppressed class on earth and sought liberation “from everything.” They told him there wasn’t “the least difference between the conditions of life in a Californian university town and one of Hitler’s or Stalin’s concentration camps.”

Kolakowski spent only one year at the University of California. In 1970, he became Senior Fellow of All Souls College, Oxford, a post he held until his retirement in 1994.


Kolakowski's thought continued to influence thinkers in his homeland. Adam Michnik, a leading intellectual of the Solidarity era described him as a prominent figure of contemporary Polish culture.
His 1959 essay “The Priest and the Jester” explored the roles of dogmatism and skepticism in intellectual history, and brought him national attention in Poland. In 1955, Kolakowski traveled to Rome, seeking conversation with the French neo-Thomists Étienne Gilson and Jacques Maritain. These appear to have been pivotal conversations because Kolakowki emerged as a historian of religion.

In the 1950s and ’60s he published books on the history of Western philosophy and a study of religious consciousness and institutional religion. He continued his interest in political theory, and in 1967 he define a humanistic Marxism in his "Towards a Marxist Humanism".

Kolakowski became a popular author in Poland after 1990, often appearing on television. His Mini-Mini-Lectures on Large Issues (Mini-wyklady o maksi-sprawach, 1997) became a bestseller in Poland.

His many academic honors include an honorary doctorate from the University of Lódz and one from the Central European University in Budapest. His life achievement was recognized in 2003, when he received the $1m Kluge Prize from the Library of Congress.


Kolakowski’s daughter Agnieszka has collected twenty-seven of her father’s essays in a volume entitled "Is God Happy?" Ten of the essays appear in English for the first time. The book provides a glimpse into Kolakowski’s intellectual versatility.

One of the essays, "The Death of Gods,” appears in Agnieszka’s translation, and in it Kolakowski announced that state socialism called itself "scientific" and he exposed that as a myth. He argued that instead of eradicating inequality, state socialism had created new social classes and its own forms of privilege, as well as a central planning system more injurious to civil society than any democracy.

Posted by Alice C. Linsley at 1:46 PM No comments: