Learning From a True Leader 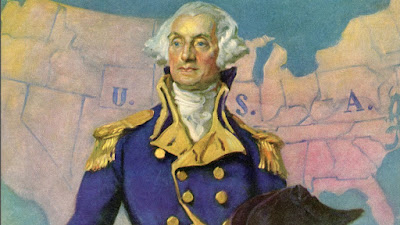 Of the many patriots and valiant leaders who have served the United States of America few measure up to George Washington. Why did the founding fathers choose George Washington, a forty-three-year-old gentleman farmer, to be Commander in Chief of the United Colonies? What did they see in him that persuaded them that Washington was the man to face such seasoned British generals as Sir William Howe, Sir Henry Clinton, and Charles Lord Cornwallis?

Born in 1732 into the family of a Virginia planter, young George exhibited strength of character and a willingness to serve. He learned surveying as a teenager and traveled as far as the Shenandoah Valley with Lord Thomas Fairfax’s survey team. A few years later, Washington joined the Virginia militia and began military training.

In 1753, he was selected for a difficult mission that would secure the Ohio River Valley for the British. The French were preparing to build a fort on land the British had claimed but not yet settled. Washington was to head an envoy through hostile wilderness, meet the French commander and deliver a message from the Crown, demanding that the French leave the region. The assignment required stamina to travel through rough wilderness, courage to face hostile Natives, and diplomatic skills to negotiate with the French. Washington completed the assignment, successfully delivering the message and returning with the French response in the dead of winter. All along the return route, Native Americans had tried to hunt him down and kill him. Washington was only twenty-one years old. He was then promoted to lieutenant colonel and selected to lead 160 soldiers back to the region to fight the French.

A year later, Washington returned to the disputed region as a volunteer aide to General Edward Braddock. When the British and colonial forces were ambushed by French and Native American fighters, Washington charged to Braddock’s side to inspire the regular troops to fight their way out of the ambush. Then he rode to the rear to bring the Virginia militiamen up into the fight. As officer after officer was killed or wounded, Washington rallied and directed the troops. In all, sixty officers lost their lives. Washington had two horses shot from under him and four bullets had torn through his coat. So many Natives tried to kill him and failed, that they finally gave up the effort, believing him to be under the protection of the “Great Spirit.”

A month later, Washington was promoted to colonel and became the regimental commander over all Virginia forces. He was twenty-three years old and wanted to make a career as a soldier. However, poor pay and inconsistent governmental support of the colonial officers frustrated him. He began to seek other ways to serve. In 1758, he won election to the Virginia House of Burgesses and resigned his commission, retiring to Mount Vernon to serve as a political leader for the next ten years. During this time, he was also elected as a delegate to the First and Second Continental Congresses. In 1775, he was appointed leader of the Continental Army and masterfully commanded the army against superior forces, finally defeating the British and forcing the surrender of General Cornwallis in 1781.

George Washington’s exemplary service to his country won him the trust of the nation. More than once people recommended that he become king. In March 1783, a group of army officers who had not been paid, urged Washington to seize power with their support, but Washington refused. James Flexner wrote, “This was probably the most important single gathering ever held in the United States.”

Many Americans do not realize how close our nation came to a military coup. Instead of grabbing power, Washington tried to persuade the soldiers to give their new government time to do the right thing, but the officers persisted in their way of thinking. In a final effort to calm the officers, he read them a letter he had recently received from a congressman. Washington paused, looked at the letter with difficulty, and finally reached into his pocket for eyeglasses. He quietly remarked, “I have already grown gray in the service of my country. I am now going blind.” The stunned officers took his words to heart and relented in their plan.

A month later, Washington resigned his commission as Commander of the Army and retired to Mount Vernon. It was his intention to live simply as a gentleman farmer among the people of Virginia, but the country still needed him.

Admiral James B. Stockdale rightly said, “Leadership must be based on goodwill. Goodwill does not mean posturing, and least of all, pandering to the mob. It means obvious and wholehearted commitment to helping followers.”

If you lead, you have the opportunity to do new things, explore new ground or defend what is good and true. If you are a follower, you are not part of the decision-making process and you must be content to go where you are led, even into unfamiliar territory. If you are not willing to go there, you must act in a decisive way. You must begin to act like a leader.

The present crisis of leadership in the United States emerges from discontent, polarization, the purchase of politicians, and apathy. Many do not care enough to be well informed and to get involved. Edmund Burke truly said, “All that is necessary for the triumph of evil is that good men do nothing.”

The nearly universal crisis of leadership entails morally lax and ethically corrupt leaders, arrogance, and those more motivated by political self-interest than by public service. Recognizing the link between character and leadership, retired General Norman Schwarzkopf wrote, “Leadership is a potent combination of character and strategy. But if you must be without one, be without strategy.”

Good leadership is an act of the will combined with training and discernment. One must decide to lead, intentionally develop leadership skills, be a person of integrity and stand up for what is right and good. Honest, humble and hard working people can become extraordinary leaders, especially if they have a stiff spine. Good leaders keep the greater good in sight and do not succumb to pressures to conform to what may seem right in many people’s eyes. Margaret Thatcher once said, “No great cause has ever been fought and won under the banner of consensus.”

The seven fundamentals of leadership are:

1. Serve others, not your ego.
2. Learn humility.
3. Pray for wisdom and to see others as God sees them.
4. Be passionate about all you do.
5. Develop discipline and rely on it, rather than on emotion.
6. Evaluate where you can make peoples’ lives better.
7. Share your power. You have it because God gave it to you.

As we approach another national election, let us pray for the gift of good leaders. We need them badly, and God can raise them up “for such a time as this.”


Related reading: Washington and Freedom of Expression; What Donald Trump Doesn't Get About George Washington

Posted by Alice C. Linsley at 3:21 AM No comments:

Getting Real About Medieval Philosophy 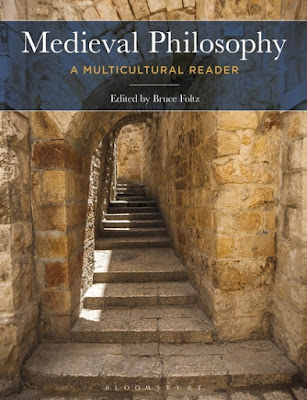 
As a former professor who taught Medieval Philosophy, I recommend a unique new textbook to those who are interested in a multi-cultural approach. The title is Medieval Philosophy: A Multicultural Reader, edited by Bruce V. Foltz. Forward written by Bernard McGinn. This is a comprehensive volume for less than $50 (US).

Typically, Medieval Philosophy texts jump from Plato to Augustine, or from Aristotle to Descartes, by-passing centuries of philosophical inquiry and cross-fertilization of thought. They do not provide sufficient non-Western sources to help the student gain an accurate understanding of the influence of Greek, Latin, Arabic, and Hebrew traditions. This neglect has the effect of flattening Medieval history. The text's multi-cultural approach exposes the richness of Medieval philosophy.

Published by Bloomsbury Academic (2019), this excellent book is 715 pages of fascinating reading. I hope it will become the approved text at many colleges and universities. There is no other text like it, and it meets a need.

Posted by Alice C. Linsley at 5:30 AM No comments: 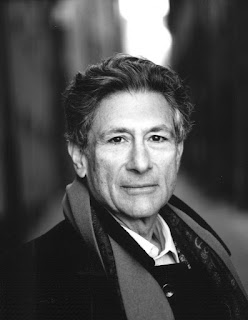 The Palestinian-American Edward Said (1935-2003) received an invitation to attend a conference in Paris in 1979 and he was thrilled about meeting French philosophers like Jean-Paul Sartre, Simone de Beauvoir, and Michel Foucault. The chaotic conference was a great disappointment to Said. Read the report.


Eager to discover the three philosophers’ perspectives on the Arab region's issues, Said was thrilled when he received an invitation from de Beauvoir and Sartre in 1979 to attend a conference on the Middle East in Paris.

“It might just as well have been an invitation from Cosima and Richard Wagner to come to Bayreuth, or from T.S. Eliot and Virginia Woolf to spend an afternoon at the offices of the Dial,” he recalls in his diary.

When Said reached Paris, he was surprised to learn that the proceedings had been shifted to Foucault’s house for ambiguously unexplained security reasons. The next few days continued in the same chaotic manner.

The themes of the event had been chosen by an acquaintance of Sartre without consulting with any of the participants. None of the Arab scholars were happy with the selected topics “covering more or less familiar ground, with no real meeting of minds” and neglecting the struggle of the Palestinians.

“It soon enough became clear that Israel’s enhancement was the real subject of the meeting, not the Arabs or the Palestinians,” Said wrote.


Read it all here.

Posted by Alice C. Linsley at 8:42 AM No comments: