Grounding Education in the Classical Approach

"I remember, years ago, being engaged in correspondence with a young man who was extremely enthusiastic about the psychology of the unconscious, and who insisted that the urge which issued in the writing of a story about a murder and the urge which issued in committing of a murder were one and the same, with no difference between them. I was writing murder-stories at the time and may have been prejudiced, but I objected that it did seem to me as though there must be a slight difference of some kind somewhere, since the results were so different. I added that society in general must be aware of the difference, since it rewarded the one result with royalties and the other with the gallows."--Dorothy L. Sayers (Introductory Papers on Dante, p. 4) 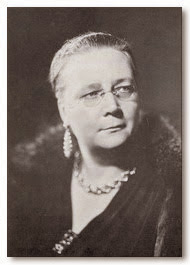 I have been fond of Dorothy Sayers’ writing for over twenty years. I appreciate the power of her literary fiction and consider Sayers’ Nine Tailors and Gaudy Night to be two of the most finely crafted mystery novels ever written in English. These reveal her exceptional eye for detail in storytelling, her remarkable vocabulary, her grasp of syntax, and her spiritual insights.

Sayers' facility with the English language rests on her exceptionally good classical training. She understood the ancient Greco-Roman world, the scholastic world, and was adept at Latin. Sayers draws on her extensive knowledge of medieval education to help us understand which tools are essential if students are to be life-long learners.

In her 1949 speech “The Lost Tools of Learning,” Sayers illustrates how modern intellectuals misrepresent scholastic education. She points to how one intellectual confuses location and extension, a mistake that a high school student who has learned the principles of Aristotelian logic would not make.

Sayers critiques the tendency to regard specialized talking heads as “authorities” on everything from morals to DNA. She opines that the greatest authorities on the failure of modern education are those who learned nothing. We can imagine chuckles coming from her audience and frowns on the faces of self-important Oxford academics.

Sayers is correct that we can’t “turn back the wheel” to the late Middle Ages when metaphysical exploration was regarded as an objective of education. However, the Trivium provides a pattern for “one coherent scheme of mental training.” This pattern can help restore the lost tools of learning. At each stage, the student develops and improves their skills at reasoning, speaking, reading and writing. These are the skills needed for life-long learning, and to be able to influence people as Christians.

Sayers lays the groundwork by asking her audience to consider some “disquieting thoughts” about the direction of English society in the mid-twentieth century. She identifies the following concerns:

The Media’s confusion of fact and opinion, or the proven and the plausible.

Sophistry in public debate, rather than logical rhetoric.

Failure to define terms and intentional abuse of language, making words mean whatever one wants them to mean.

Adults who are unable to discern legitimate expertise from popular pulp, and who can’t use the library.

People so specialized that they can’t make connections between the disciplines.

Scientists who fail to adhere to the basic principles of Aristotelian logic, thus presenting speculation as facts.

Sayers’ critique of the society in which she lived is relevant today. In my 27 years of teaching I have watched the materialist worldview erode the ability of young people to think well, argue well, express themselves well, and to serve as apologists for the Christian faith.

The influence of John Dewey’s Pragmatism on American education has been disastrous. It has eviscerated the internal organs of sound teaching. Once metaphysics is excised from education, we are left with a mechanistic, materialistic, and blatantly false view of reality. Then we wonder why our students are not learning.

American students are unprepared to defend truth, and in this condition they are prey to panderers and false authorities. Modern education is proving to be a futile enterprise. The “intellectual capital” of past ages is entirely spent. What is needed is the classical methodology.

Sayers is spot on in suggesting that the time to tackle such argumentation is when students are at their most argumentative, that is, during the first 3 years of high school. This is the perfect time to teach them to identify invalid inference and to debate the merits of an argument. As she reminds us, children are “born casuists” and can be taught to appreciate a “well-turned argument.”

Students with a strong foundation at the Grammar and Dialectic levels branch into new areas of discovery at the Rhetoric level. Here their studies “will tend to show them that all knowledge is one.” They have an opportunity to explore how all areas of learning are integrated. They discover that there is absolute truth or there is nothing, and it is impossible to be a nihilist and be well-educated.

I believe that the approach of classical education works because it insists that absolutes exist. There are some universal points of reference. This means that there are starting points for the learner that are solid, grounded in reality. This educational approach does not produce "snowflakes" who cannot tolerate controversy and need trigger warnings. It does influence young people to think, to investigate, to recognize fallacies and distinctions, and to continue learning after they have left the halls of academia.


Related reading: The Lost Tools of Learning by Dorothy Sayers; Pragmatism and American Education; Why I Love Philosophy

Posted by Alice C. Linsley at 2:54 PM No comments: