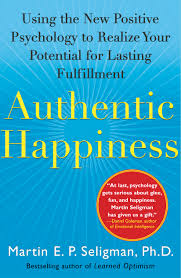 Professor Martin Seligman, the father of positive psychology, flew in from the United States recently to celebrate the launch of a new era for Buckingham University, which is to become Europe’s first “positive” university. From now on all students at Buckingham, along with its professors, will be trained in the theory of positive psychology, helping them foster a more engaging and positive culture, free from bullying.

Admirable as this may sound, branding a university as positive could be problematic. For one, what about all those great pessimist thinkers such as Sophocles, Nietzsche and Freud? Will they be thrown off the curriculum? Banned from campus? It was the work of Freud, says Seligman, that blinded psychologists for far too long to the more positive aspects of human life that help people flourish.

Setting Freud aside, insisting on making a university positive – let alone a whole society – could be problematic on a more fundamental, ideological level.

The positive psychology movement was founded in 1998, and since then has attracted a large following, influencing business leaders and politicians across the world. At the heart of this theory is the claim that external circumstances make almost no difference to our happiness, as Seligman has explained.

Posted by Alice C. Linsley at 7:43 AM No comments: