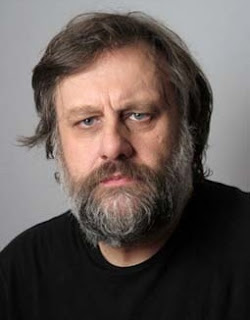 Slavoj Žižek, one of the most famous living philosophers, endorsed Donald Trump for president. As someone who cares greatly about philosophy’s role in the world, I was disappointed by this news, and not simply because I disagree with him. Žižek is an unusual philosopher. While he’s highly controversial, he’s both publicly and academically renowned and he uses his own philosophy and ideas from great historical thinkers to engage with contemporary events. As a result, he’s one of the few philosophers whose political views are widely reported and listened to.

Unfortunately, this means that when Žižek speaks about Trump, he does so in a public-philosophy vacuum, as there are few other philosophers who can or will publicly debate his ideas. Ironically, by wading into discussion over the US election, Žižek has effectively highlighted philosophy’s failure to engage in contemporary public discourse.

Here is what Zizek has said in an interview with Sergio Cantone.

Sergio Cantone: “Donald Trump. The phenomenon of Donald Trump.So the US is facing a kind of revolutionary period?”

Slayoj Zizek: “Of course, Trump is personally disgusting, bad racist jokes, vulgarities and so on. But at the same time did you notice how he said some very correct things about Palestine and Israel? He said we should also see Palestinian interests and approach the situation in a more neutral way. He said we should not just antagonise Russia, find a dialogue there. He was even for higher minimal wages. He hinted that he would not like simply to cancel Obama’s universal health care, Obama care …”

Sergio Cantone: “He is a liberal centrist …”

Slayoj Zizek: “Yes! That’s my provocative thesis! That if you scrap this ridiculous and, I admit it, dangerous surface, he is a much more opportunist candidate and his actual politics perhaps will not be so bad.”

PEA Soup asks "Should We Let Trump Off the Hook?" and leads with this:

Donald Trump loves himself. And while professional psychologists and psychiatrists cannot ethically diagnose him, many have made it quite clear that they think Trump has narcissistic personality disorder (NPD). George Simon, a clinical psychologist specializing in manipulation, is archiving video clips of Trump “to use in workshops because there’s no better example” of a narcissist in action.

Then there was this nearly hysterical piece from Leiter Reports:


The latest bizarre twist in the 2016 election
Most readers have probably heard by now about an interview in which Trump jokes about various acts of sexual assault and how he can get away with them, which now is leading to speculation that he'll withdraw (he won't) or, perhaps a bit more likely, that the Republican Party will instruct the electors to choose someone else when they vote in December, probably Mike Pence, the extremely conservative Indiana Governor who is Trump's usually invisible VP candidate.  That would be a risky gambit for the Republicans, since it's not clear whether the message would get out in time to affect the election, and it's also not clear what the effect would actually be, given the cult-like loyalty Trump enjoys among an alarmingly large segment of the electorate.   I'll add links if I see any intelligent analyses of these possible scenarios (please e-mail me, readers, if you see any).  As things stand now, we are looking at a huge win for the Democrats, and Trump still has another month of gaffes and outbursts to come (plus two more debates, starting tomorrow)!

ADDENDUM:  This is informative on the options, such as they are.

ANOTHER:  Senator McCain, the 2008 Republican nominee, officially withdraws support for Trump.  The Republican implosion begins.  Amazing it took this long!

Posted by Alice C. Linsley at 6:33 PM No comments: