George Ellis on testing what existed before the universe

George Francis Rayner Ellis is the Emeritus Distinguished Professor of Complex Systems in the Department of Mathematics and Applied Mathematics at the University of Cape Town in South Africa. He is known for his work in physical cosmology. Physical cosmology is the study of the largest-scale structures and dynamics of the Universe and is concerned with fundamental questions about its origin, structure, evolution, and ultimate fate.

John Horgan interviewed George Ellis in 2014. He found that Ellis has a great deal to say about fields other than physics. What follows is an excerpt from the interview published in Scientific American:

Horgan: Lawrence Krauss, in A Universe from Nothing, claims that physics has basically solved the mystery of why there is something rather than nothing. Do you agree?

Ellis: Certainly not. He is presenting untested speculative theories of how things came into existence out of a pre-existing complex of entities, including variational principles, quantum field theory, specific symmetry groups, a bubbling vacuum, all the components of the standard model of particle physics, and so on. He does not explain in what way these entities could have pre-existed the coming into being of the universe, why they should have existed at all, or why they should have had the form they did. And he gives no experimental or observational process whereby we could test these vivid speculations of the supposed universe-generation mechanism. How indeed can you test what existed before the universe existed? You can’t.

Posted by Alice C. Linsley at 1:35 PM No comments: 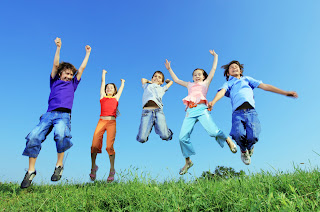 Children from deprived backgrounds benefited the most from philosophical debates about topics such as truth, fairness and knowledge.

Teaching philosophy to primary school children can improve their English and maths skills, according to a pilot study highlighting the value of training pupils to have inquiring minds.

Children from deprived backgrounds benefited the most from philosophical debates about topics such as truth, fairness and knowledge, researchers from Durham University found.

The 3,159 primary school pupils from 48 schools who took part in the trial saw their maths and reading scores improve by an average of two months. But the benefits were even more pronounced for pupils from disadvantaged backgrounds, whose reading skills improved by four months, their maths results by three months and their writing ability by two months.

Teachers interviewed as part of the study suggested that the year-long programme also improved children’s wider skills such as confidence, patience and self-esteem.

Posted by Alice C. Linsley at 3:37 PM No comments: 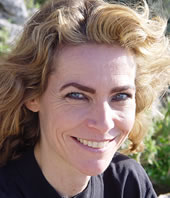 Kathinka Evers is a philosopher working at the cutting edge of neuroethics. She thinks about brain science and about the distinction between fundamental and applied neuroethics, and about the ethical issues arising from disorders in consciousness. Kathinka is also interested in the relation of brain simulation to philosophy. Here is a portion of a recent Q&A. When asked what can be gained from brain simulation, Evers responded:

Although the road to simulation of human brain, or even only part of its cognitive functions, is long and uncertain, on this road much will be learned about the mammalian brain in general and about the feasibility of transformation of some efforts in the brain sciences into big science. New methodologies and techniques are expected as well that will benefit neuroscience at large and probably other scientific disciplines as well.

But given the expected remoteness of the ultimate goal, why should we engage in discussing some of its conceptual and philosophical underpinnings now? Big science brain projects provide an opportunity to assess and preempt problems that may one day become acute. In other words, we can use the current attempt to simulate the mammalian brain as an opportunity to simulate what will happen if the human brain is ever simulated.

It is rather straightforward to imagine the types of problems a simulated human brain will incite, should it ever become reality in future generations. They will range from the personal (e.g. implications concerning alterations of the sense of personhood, human identity, or anxiety and fear in response to the too-similar other); social (e.g. how shall the new things be treated in terms of social status and involvement, the law, or medical care); and ethical (e.g. if we terminate the simulated brain, do we ‘kill’ it, in a potentially morally relevant manner?). These problems also require foresight of safety measures to ensure that in due time, the outcome of ambitious brain projects do not harm individuals and societies. But most of all, by discussing the potential implications of such projects now, we contribute to the sense that scientists as individuals and science as a culture should take responsibility for the potential long-term implications of their daring projects.